I have this little pot of Baby Toes that has spent the later part of the summer on my back porch table. It’s had plenty of filtered sunlight and warm humid conditions (well at least until recently) and probably a little more water than it needs with all rain we’ve been having….
Recently I’ve noticed some new growth.
I thought, “Oh good, it’s thickening up”,
but these new sprouts kept getting longer and longer,
finally forming what looks like a flower bud at the end of one stalk.
I’m curious and excited now, to see the flower~
similar to an aster, in size and shape,
it’s rays in colors from white to yellow to orange,
with a yellow center. It will be my first in real life and not a picture.
Has anyone grown one of these? Have you ever had if flower for you?
As for the rest of the garden, it’s winding down.
I froze a bunch of tomatoes, peppers and green beans, gathered zucchini, kale and swiss chard, ate most of the strawberries and raspberries before they made it into the house… okay, I did share a few of them with the family…  and I even gave Annie a few green beans as a reward for not devouring the garden this year.
The flowerbed is still going though, with it’s fall lineup coming in now.
The Zinnias are going strong… though the only colors are hot pink and red… but that’s okay. They are beautiful anyway. 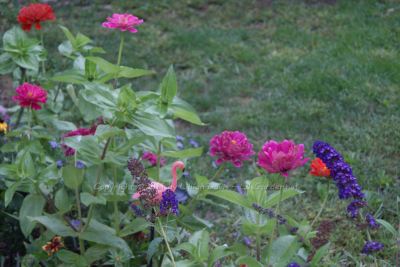 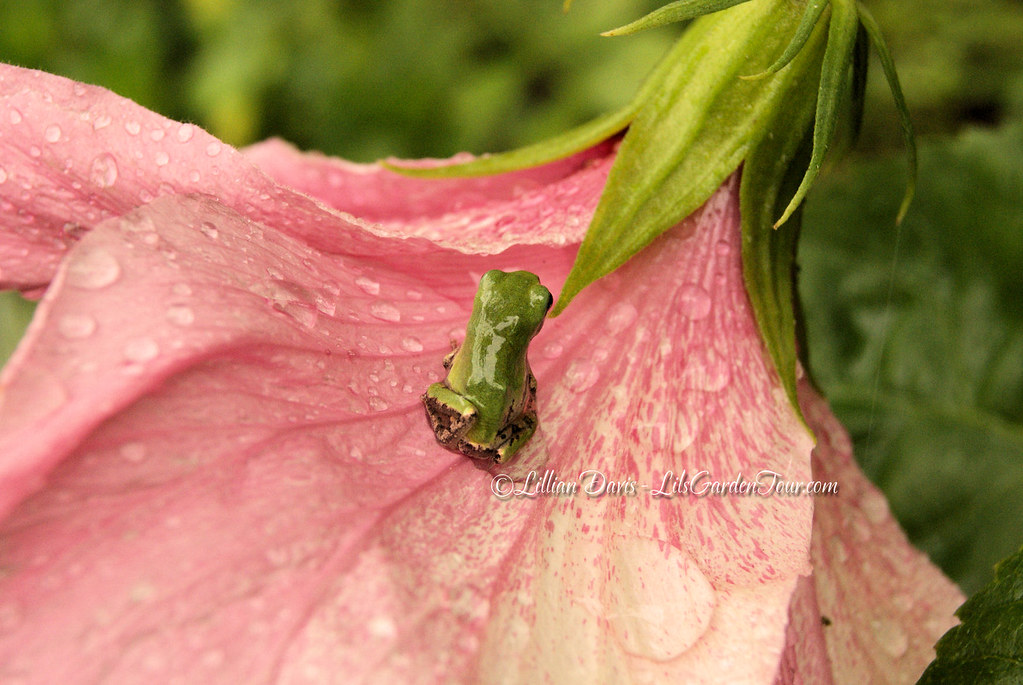